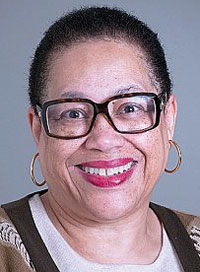 What a difference a director makes at CFPB

In 1959, the late Dinah Washington (1924-1963) won a Grammy Award for her R&B hit song, “What a Difference a Day Makes”. The song tells the story of how a blossoming romance dramatically changed life – for the better. Its last lyrics conclude that “the difference is you”.

When I consider the steady stream of changes at the Consumer Financial Protection Bureau (CFPB), I would alter those lyrics to “What a Difference a Director Makes”.

Mick Mulvaney, the illegally appointed acting director of the CFPB has indeed radically changed the Bureau. Central to these changes is his perspective that there is no need for the CFPB to carry out its mission to serve as the consumers’ financial cop on the beat — defending and protecting against deceptive, unfair and illegal practices in the financial marketplace.

For six years, America’s consumers had a Bureau that won significant victories in the name of financial justice. CFPB was so effective that 29 million consumers received nearly $12 billion. In the aftermath of the housing crisis that devolved into a deep recession, a federal law assigned authority to accept complaints, investigate and when warranted, take enforcement actions against bad financial actors. Rules affecting financial transactions as large as mortgages and as small as payday loans were finalized after extensive public hearings where lenders and borrowers alike were afforded the opportunity to share their respective views before any decisions were reached.

The bottom line for CFPB was to act on the law’s requirement to implement financial rules of the road to protect both consumers and lenders. Additionally, CFPB was to seek restitution for the victims of predatory and illegal practices.

Now as CFPB’s Acting Director, Mulvaney has systematically implemented a series of changes that so far have weakened the Bureau’s mission statement and taken steps to handicap the Bureau’s Office of Fair Lending that is charged with countering financial discrimination. He has also begun steps to rewrite the long-awaited payday lending rule that requires lenders to ensure that borrowers can afford to repay these small-dollar loans that come with big costs.

Even worse: he’s not yet done with rolling back consumer protections, particularly when it comes to payday and other small dollar loans. A series of CFPB investigations conducted before Mulvaney’s appointment are now in jeopardy. Instead of holding businesses accountable for debt trap loans and harassing debt collection practices, Mulvaney has reportedly dropped an investigation against National Credit Adjustors and may do the same with respect to Cash Express LLC, Security Finance, and Triton Management Group.  If allowed to proceed, these investigations could together return an estimated $60 million to harmed consumers.

It’s almost as if CFPB now stands for Companies’ Financial Protection Bureau. Companies are being asked to advise Mulvaney of what they think financial regulation should look like.  Instead of investigations and enforcements, Mulvaney wants to emphasize information and education while predatory lenders pick the pockets of unsuspecting consumers.

“The CFPB is supposed to create a level playing field for consumers,” said Joanna Pearl, a former enforcement attorney in a recent article by Reuters. “I’m not sure Mulvaney sees it like that.”

Some Members of Congress are even joining Mulvaney in trying to turn CFPB into a toothless tiger.

On March 22, South Carolina Senator Lindsay Graham introduced a resolution that would deny consumers the protections in CFPB’s payday rule that has yet to take effect. Graham’s actions follow a similar resolution offered in the House of Representatives. Should both chambers vote down the payday rule on a simple majority vote, 300 percent interest lenders would emerge as winners and consumers as losers.

“The consumer bureau’s rule would help free people from this suffocating debt trap, and its efforts are supported by people across this country including veterans’ groups, faith leaders, civil rights organizations, consumer advocates, and many more,” said Scott Astrada, the Center for Responsible Lending’s Federal Advocacy Director.

Auto finance has been an area of consumer lending that has led to more than $218 million in fines and restitution through multiple and joint enforcement actions taken by the Department of Justice and the CFPB. In a series of cases from 2011-2017, consumers of color — Asian, Black, Latino, and Pacific Islanders – were all found to be charged higher interest and/or markups than were similarly-situated White borrowers.

Nationwide, auto loans represent the third highest category of consumer debt. And as a recent report by the National Fair Housing Alliance (NFHA) found, the color of your skin has a lot to do with how much debt is incurred.

Discrimination in Auto Lending, the NFHA report, found that despite federal laws banning credit discrimination by race or ethnicity, race remains a key factor in the cost of financing auto loans.

According to the report, “This discrimination has undoubtedly played a part in creating the racial and ethnic wealth gaps and credit access disparities that exist in the U.S. today, and it will ensure that they persist if allowed to continue unchecked.”

“Years of data make clear that racially discriminatory treatment of consumers is a significant problem in the auto lending industry,” said Rebecca Borne, a CRL Senior Policy Counsel. “The CFPB has found discriminatory pricing in the auto financing market and should have the ability to use the full range of its regulatory tools and authority to address it.”

The framers of our Constitution made our country a participatory democracy. If you or your family, neighbors or colleagues believe that government should serve the people instead of companies, register your concerns with those entrusted to represent and lead.

What happened when a Black and white church merged in Florida

What happened when a Black and white church merged in Florida