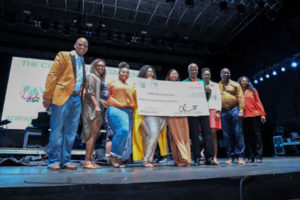 http://cnt-aranjuez.org/?s=〈충청남도출장샵〉☪예약금없는출장샵⇛여관+비용◘﹝카톡wyk92﹞ψ（мss798.сом）충청남도충청남도충청남도부산+사상+출장[]lHB[][]ⓞ┘ハチ충청남도충청남도V[]2019-03-29-03-51충청남도충청남도 Mayor Gilbert presented representatives from Freeman’s alma mater, Florida A&M University (FAMU), with a $15,000 check that will establish a scholarship fund in Freeman’s name at the University.

The mayor was joined on stage by Freeman’s family, including his wife, Niesha Mack-Freeman, FAMU President Larry Robinson, Ph.D., FAMU National Alumni Association (NAA) President Col. Gregory Clark and Shawnta Friday-Stroud, Ph.D., vice president of University Advancement and dean of the School of Business and Industry.  Freeman was a 1995 graduate of the business school and served as scholarship chair of the Miami-Dade County FAMU National Alumni Association Chapter.

Can U Buy Xanax Over The Counter In Canada After the check presentation, Mayor Gilbert, an alumnus of FAMU, surprised the audience by announcing that Miami Gardens will host the FAMU football team in a Labor Day matchup in 2020.  Clark also presented the mayor with the NAA’s Presidential Medal of Service.

Every year, the city donates a portion of the festival’s proceeds to a charitable organization. This year, Freeman’s family and friends, gathered under the FAMU tent at the Hard Rock Stadium to celebrate the continuation of his work.

9b20c164f7f1fba2a89f8fb2b7cce3e5 “What this scholarship means is other students, besides students in Miami-Dade County, are able to go to FAMU, and not only go to FAMU, but go in the name of Adrian D. Freeman,” said Mack-Freeman. “So this is something that is amazing for me and my family.”

The Freemans met when they were students at FAMU.

Kerrington Freeman plans to follow in her parents’ footsteps and enroll at the University in the fall.

“Adrian Freeman was a great Rattler, and this scholarship in his name will help to ensure that others at Florida A&M University get to know about him,” said President Robinson. “We want to thank Mayor Gilbert and all those involved with Jazz in the Gardens for allowing FAMU to benefit from this electrifying event.”

http://audiodescription.co.uk/directory/describers/south-west/ireland/museum-audio-described-guides/london/ireland The FAMU National Alumni Association’s application period for scholarships begins April 1, 2019. Stu-dents who are interested in applying for the Adrian Freeman scholarship should visit the association’s web site at FAMUNAA.org for information.