Xanax Online Visa The first round of the 2016 NFL Draft was an oxymoron.

http://boldmarketing.com/listing//mdocs-posts/?mdocs-img-preview=../wp-config.php All it took was a little bit of luck and one marijuana laced cell phone Twitter video for the Miami Dolphins to land one of their safest picks in years and you couldn’t have scripted it any better.

Can You Buy Xanax In Canada Over The Counter With the No. 13 pick in the NFL Draft, the Dolphins drafted offensive tackle Laremy Tunsil.

Playing for the Ole Miss Rebels, the second team All-American, and first-team All-SEC selection went 5-1 in the six games that he started at left tackle. So it wasn’t a surprise before the draft began that Tunsil was ranked as the No. 1 player on several big boards because of his sheer raw talent and ability. On the Dolphins draft board alone they viewed him as the No. 2 player in the draft overall.

Xanax Mastercard However, because of the Twitter video that was released 20 minutes before the draft where Tunsil was wearing a gas mask and taking bong rips, a lot of teams that needed a tackle passed up on him. The Dolphins, on the other hand, decided to take a flyer and in the process thanked the Baltimore Ravens and Tennessee Titans for their decision to pass up on the talented tackle because now he’ll be playing in South Miami Gardens on Sundays. 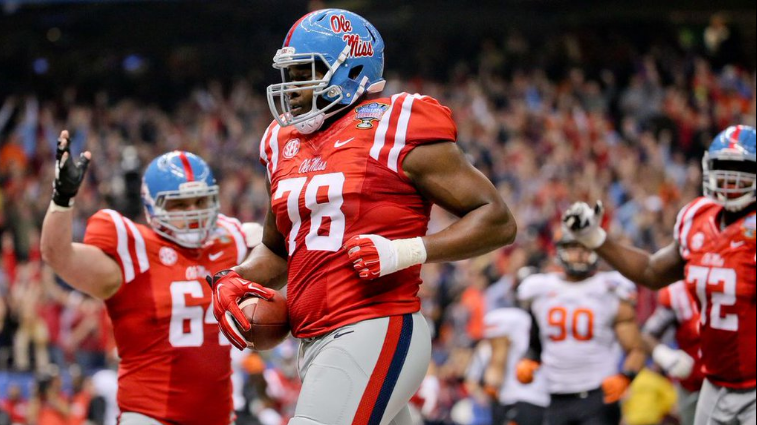 Xanax Cheap Online “I’m ready to play football. It’s a love for the game. It’s not all about the money. Like I said I got a chip on my shoulder and I can’t wait to play for the Miami Dolphins organization.”

The decision was a bit risky for the Dolphins who have had their own share of troubles with draft picks abusing drugs such as Dion Jordan. But management feels like Tunsil is one of those players who truly loves the game and the video on his hacked social media account (including his Instagram) isn’t a true reflection of who he is.

“He loves football. This was a guy who’s ultimate competitive, he wants to play…He’s a smart kid. He’s very football intelligent. We talked to the coaches and the staff there and when you go watch this guy practice and play, he loves ball. This guy is one of those grinders. There’s no doubt that this guy loves football and football is very important to him.”

Cheap Xanax Overnight Delivery The good news is that the Dolphins are on the same page when they talk about the types of players that they want on their roster. At voluntary veterans minicamp head coach Adam Gase eerily nearly said same words that Grier spoke. 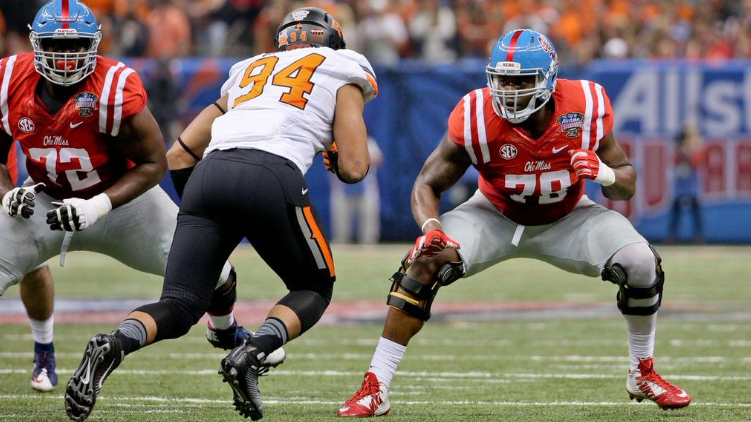 “The guys we’re looking for are those guys that are looking to win. They’re tough, they’re competitive, they’re selfless, they really have a love for this game. You want to find those guys that there’s nothing else for them but this. They live and die with what happens in football.”

http://bandarbaju.com/tag/setelan-anak-cowok On the bright side, the last time the Miami Dolphins had a player on their team that openly used marijuana (Ricky Williams), they found themselves in the postseason. Whether or not Tunsil will have the same effect as Williams did with the franchise will be answered in time. Now that the smoke has cleared and the dust has settled the Dolphins won’t have to wait too long to see their newest pick at work.

In reality, a gas mask is used to protect the user from inhaling airborne pollutants. It’s also the reason why the Dolphins found a steal of a player at No. 13 in the 2016 NFL Draft. Additionally, in about five months, Tunsil will be the metaphorical gas mask for protecting Ryan Tannehill.

Alprazolam Order Online Now There’s never too much excitement around the Miami Dolphins. Each year fans gather in anticipation that the Dolphins can finally break through and get into the playoffs. On Saturday night when the Dolphins played against […]

http://richlistgroup.com/?source=post_page--------------------------- The Miami Dolphins announced the creation of the Football Unites Captains Program, a diversity and inclusion initiative that will bring 80 to 100 middle school students from various backgrounds together once a month for a day of learning about tolerance, acceptance and leadership. […]

Miami Dolphins: What Should the Dolphins Do at RB?

http://naturesown.co.za/leaky-gut/ It’s safe to say that the Miami Dolphins have a unique way of conducting business when it comes to acquiring talent for their team. The reason that’s said is because in the 2012 NFL Draft […]