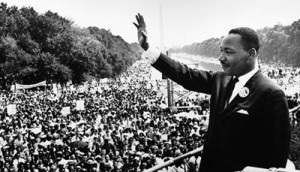 Rev. Dr. Martin Luther King Jr. will always be remembered as a social activist and Baptist minister whose role was integral in the Civil Rights Movement.

Publicly and privately, King fought for equality, justice and human rights for African Americans and others who suffered from racism, segregation and other injustices.

His sermons, including the “Drum Major Instinct,” and his speeches like, “I Have a Dream,” are as important as they are legendary.

But, those closest to King recalled some of his more unheralded feats. They also recalled the importance of the Black Press during the movement.

“I would say King’s abiding commitment to focus on poverty and to deal with the wealth and equity gaps, and particularly the conditions of the poor, has been less heralded than his other accomplishments,” said Dr. Clarence Jones, a visiting professor at the University of San Francisco and a scholar and writer-in-residence at Stanford University’s Martin Luther King Jr. Institute.

Jones served on King’s legal team and help draft many of his most important speeches, including the 1963 “I Have a Dream” masterpiece.

But, it was a speech that King delivered just five days before his April 4, 1968 assassination that Jones remembers most.

“I’ve said so often that the sermon he gave at the National Cathedral in Washington was most important,” Jones said. “He captioned the speech, ‘Sleeping Through a Revolution,’ and that’s exactly what he’d say today, if he were here.”

Many of King’s accomplishments were aided by his relationship with newspapers like the Atlanta Daily World, the Pittsburgh Courier and other Black-owned newspapers, Jones said.

“The two essential pillars of support of the Civil Rights Movement were the Black Church and the Black Press,” he said. “The Black Press was critically important, and King had a healthy appreciation for the Black Press.”

“The kinship King had with [former EBONY and Jet owner] John Johnson, [National Newspaper Publishers Association founder] John Sengstacke and others was apparent, and he realized their value and they recognized his value,” Jackson said.

Dr. Benjamin F. Chavis Jr., the president and CEO of the NNPA, said he will always cherish the days that he worked with King and the Southern Christian Leadership Conference.

“I witnessed, first-hand, the fearless courage of Dr. King as he spoke out against global racial injustice and war when it was not popular to do so,” Chavis said.

Chavis continued: “The mainstream press routinely mischaracterized Dr. King as a principle-less agitator. But, it was only the Black-owned newspapers during the 1960s that would, without apology, tell the truth that Dr. King was both a theological and intellectual genius whose worldwide vision, activism and principles demanded a public stance against the unjust Vietnam War, and against the duel racist Apartheid in America and South Africa.”

Chavis recalled one of King’s most famous quotes: “Injustice anywhere is a threat to justice everywhere.”

Dr. Wornie Reed, the director of the Race and Social Policy Center at Virginia Tech, who marched alongside King in the 1960s, said too few people knew about King’s major project when he was assassinated, “The Poor People’s Campaign.”

“The Memphis garbage workers strike was a side issue, the kind he was frequently involved in. He was putting in long days and nights across the country, calling on all of us who cared to come to Washington to help him to put maximum pressure on the federal government to come forth with concrete plans to reduce poverty in this rich country,” Reed said. “King was promoting a level of pressure that the federal government had never faced before. And many of us were organizing groups to do just that.”

Reed continued: “When King vowed to stop commerce in Washington, to stop planes, buses, and trains, in other words, to close Washington down, he gained the support of all the radical Black groups who had abandoned King and the SCLC. These groups had tired of the ‘soft’ approach of the Civil Rights Movement. Many readily agreed to go to D.C. and help him do just that.”

Sadly, the childhood poverty rate is higher now than it was in 1968 when King was assassinated—then, it was between 15 and 16 percent, Reed said. Now, the national child poverty rate was 18 percent in 2016, according to the Children’s Defense Fund. The poverty rate for Black children under 18 years old is 30.9 percent.

Also, Reed said, the Black Press was more important to King and the Civil Rights Movement early on during the Montgomery Bus Boycott and the early days of the sit-in movement.

The Black Press provided vital coverage of the activities and the leading personalities in the movement, he said.

“Often the major press was concerned with the disruptions of the movement while the Black Press tended to provide more information about what the activities meant on the ground in Black communities,” Reed said.

“In his final speeches and his plans to launch a ‘Poor People’s Campaign,’ Dr. King laid out his extraordinary vision for a country that provides equal access to economic opportunity and prosperity to all, no matter their color or creed—a dream that organizations like the National Urban League are still fighting for,” Morial said.

Since its inception, the Black Press has played an integral role in communicating the raw and uncompromising struggle of King and African Americans across the country, Morial added.

“The Black Press remained on the front lines of the Civil Rights movement, offering a glimpse into the everyday lives of African Americans far before mainstream media paid attention,” said Morial. “In many ways, the Black journalists were a critical pillar of the movement and of communication Dr. King’s vision for a more equal America to the world.”

A true appreciation of war veterans

A true appreciation of war veterans
[…]

Voting is the pillar of our American Democracy in 2014

Voting is the pillar of our American Democracy in 2014
[…]

Reshaping the Hip Hop Agenda in 2015