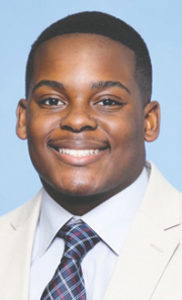 Our society has had a very troubled past with the law and its ability to deliver on the promise of justice for all. As a community we look to our leaders to be the voice of protection, correction and recognition. This task is most certainly not easy, but necessary in order to sustain a level of harmony and peace. It is because of this reason that we hold our elected officials to a very high standard.

As a true trailblazer, Judge Reddick stood tall in the face of adversity and spoke for the voiceless. Reddick has had along lasting impact on many people’s lives in times that were very difficult for a Black elected official to succeed.

Judge Reddick passed away in 1993, but his legacy continues to live on. This past Wednesday, the North Wing of the Broward County Judicial Complex was renamed in honor of the late judge T.J. Reddick.

The newly named North Wing will serve as a reminder of the endless possibilities and changes that will continue to break down the barriers for generations to come.

Circuit Court Judge Elijah Williams was delighted to elaborate on the progressive strides that African Americans such as Reddick have made and the impact it has had on the community.

“This means so much to our communities. It means that this edifice and this court house will stand for what Judge Reddick stood for, a commitment to justice for all people but particularly poor Black people. It will be a building that will inspire our youth to greatness and a model for inspiration.”

“Justice too long delayed is justice denied and today I claim that justice is now with the implement of the honoring of Judge TJ Reddick. TJ Reddick reminds us that we must forever be committed to the notions of liberty, freedom, fair play, and justice for all. He reminds that we are not here to serve ourselves or our individual passions but to serve others and our fellow man; most importantly, to serve our God”.

Judge Reddick will be missed but remembered forever for his contributions to the community and for standing up for justice for all people.

Dr. Martin Luther King, Jr. and the gospel of action

Dr. Martin Luther King, Jr. and the gospel of action
[…]