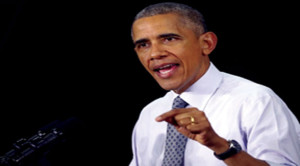 On the 35th anniversary of the first HIV/AIDS report, President Obama issued a statement honoring the memory of those who lost their lives to the disease.

http://audiodescription.co.uk/directory/describers/certificate-in-audio-description-skills-screen/immersive-theatre/museum-audio-described-guides/north-east Thirty-five years ago, the Center for Disease Control published a report on the first documented case of HIV/AIDS. On Sunday, President Barack Obama published a statement in remembrance of those who lost their lives to the disease.

The President recalled that five years ago, he said that an “AIDS-free generation is within reach.” The global community is mobilizing to end the disease by 2030, said the President.

Stigma and silence fuel ignorance, and they contribute to the transmission of HIV/AIDS said the President. Testing, treatment, education and acceptance save lives, along with fighting “the discrimination that halted progress for too long.”

http://bisnisbajumu.com/older-people-dating-site/ The President referred to the millions of lives saved thanks to the Ryan White HIV/AIDS Program and to the President’s Emergency Plan for AIDS Relief. “My Administration implemented our nation’s first comprehensive National HIV/AIDS Strategy, and we’ve updated it through 2020,” he said.

President Obama called on the importance of the Affordable Care Act, which has provided individuals with the opportunity to have affordable health care without denying care to those who have pre-existing conditions such as HIV/AIDS.

There is plenty more work to do in terms of eradicating the disease, especially among the “economically disadvantaged; gay and bisexual men, especially those who are young and Black; women of color; and transgender women all continue to face huge disparities,” wrote President Obama. He went on to say that he is confident “we can finish the job.”

“So today, let’s call the names,” wrote the President. “Let’s remember those we lost too soon. And let’s rededicate ourselves to ending this epidemic once and for all.”

Can America trust President Obama with information on the internet?

Can America trust President Obama with information on the internet?
[…]