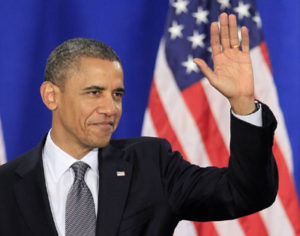 He Said:  Nicole, do you recall this quote from President Obama? “We are not Red States, we are not Blue States, we are the United States!” This division has to, and I mean HAS to, close. How do you think we can progress as a country with the mounting incivility that is being accepted?

She Said: Don, another Civil War wouldn’t even surprise me! I don’t think we CAN come together as long as President Trump and his curly are stirring the pot. Chaos is their objective. We won’t have unification without a leader like a President Obama who values it.

He Said:  Pundits casually make salacious comments about Republicans or those “Left wing liberal” Dems.  At the end of the day we want almost the same things.  If you want to own a gun just pass the license. If you want to make a choice about your reproductive decision it is your body! You should be able to choose who ever you want to love [Jesus would advocate love].

She Said: I have to disagree with you on one point: we DON’T almost want the same things. The Republicans, those uber-rich privileged White males, are so ego-driven that they can’t stand to lose their “entitled” status. They insist on controlling everyone else’s life in order to maintain their position of “superiority”, and they don’t mind twisting Bible quotes to justify cruelty. I don’t even WANT to be united with that.

He Said: The use of Gospel interpretation against immigrants was troubling.  As you know, historically it was used to advocate for slavery! We cannot be silent as the injustices escalate. Make noise, light a fire under your congressperson, take it to the streets if necessary. The alternative is living in a dictatorship.