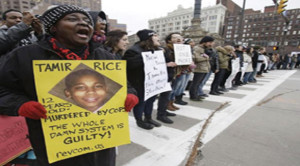 Attorneys for the family of Tamir Rice, who was fatally shot by two Cleveland police officers in November 2014, have been joined by local pastors in renewing their call for a special prosecutor in light of revelations about the grand jury decision last week.

http://dynamotaxi.com/wp-json/oembed/1.0/embed?url=https://dynamotaxi.com/local-authorities/ Officials revealed on Wednesday that the grand jury that declined to indict Police Officers Timothy Leehmann and Frand Garmback, after the fatal shooting of the 12-year-old African-American boy, never took a vote on the decision.

Xanax Liquid Buy The New York Daily News reported that the panel that decided that the two Cleveland police officers were justified in using lethal force in the shooting of Rice, who allegedly grabbed a pellet gun from his waist, never actually took a vote.

http://tamaralounge.com/?y=Xanax-Legally-Online-Order&1a7=a8 Following the announcement, at a Martin Luther King, Jr. Day prayer event, local members of the United Pastors in Mission (UPM) and other clergy demanded that state lawmakers appointed a special prosecutor for all future police-involved shootings.

http://naturesown.co.za/product/elderberry-100ml/?add-to-cart=21528 The Cleveland Plain Dealer reported that the attorneys for the Rice family have called for a special prosecutor along with a federal probe into the shooting of Tamir at the Cudell Recreation Center.

http://grosirrumahan.com/grosir-jeans-pendek-dewasa-murah-40ribuan.html The revelation about the grand jury no vote was released in documents from the Cuyahoga County Prosecutor’s Office last week. It followed the announcement by prosecutor Tim McGinty last month that Leehman and Garmback would not face criminal charges.

http://naturesown.co.za/wp-cron.php?doing_wp_cron=1580916355.1541540622711181640625 McGinty said that Loehmann was justified in shooting Rice, despite the fact that he was a rookie officer under the training of Garmback, because he “had reason to fear for his life.” He added that when Rice grabbed the pellet gun, officer Loehmann feared for not only his safety, but that of others.

Buying Xanax Online Bluelight After release of the video showing that Loehmann fired the fatal shots within seconds of leaving the police vehicle when he and Garmback arrived on the scene, the case has been watched closely by the whole nation.

In a statement released Wednesday night, calling the announcement “yet another example of the disturbing and troubling way the grand jury process has been handled by the local prosecutor,” Rice’s family attorney, Earl Ward, said the family believed the jury took a vote.

“By ‘no indictment,’ we understood that to mean that there was a vote,” Ward told the http://audiodescription.co.uk/?colourstyle=style_4 Daily News. “If there was no vote, then we’ve all been bamboozled,” added the attorney who has slammed McGinty’s handling of the case for months.

http://bandarbaju.com/tag/model-pakaian-wanita-terbaru-tanah-abang?s= “We’ve always thought that this was some sort of a charade,” Ward continued. “If there was no vote, then it just confirms that.”

http://bisnisbajumu.com/tag/kulakan-baju-bayi Although it didn’t say if or how the grand jury had voted in the case of the shooting of Rice, a statement from Joe Frolik, spokesman for the Cuyahoga County Prosecutor’s Office, included a copy of the decision. The statement was an attempt to describe how grand juries function in the office’s investigation into civilians who have suffered at the hands of deadly force used by the police.

Buying Xanax Online Legally “The grand jurors have concluded the investigation into the Nov. 22, 2014 death of Tamir Rice and have declined to issue criminal charges,” the grand jury decision said.

“This was an investigative grand jury,” Frolik told Cleveland Scene. “This was kind of their role. Sometimes, a grand jury, after its investigation, will decide if there are no votes to be taken on charges.”

Best Online Site To Buy Xanax In a joint statement aimed at prodding the Ohio Legislature into doing something about McGinty and also to appoint a special prosecutor for all future police shootings, the clergy members wrote in a joint statement: “As a result, many in our ranks have completely lost confidence in Mr. McGinty and feel that he has failed us all.”