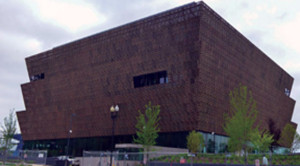 When the National Museum of African American History and Culture (NMAAHC) opens in September, Lonnie Bunch, the museum’s founding director, said that it will not only tell us a great deal of information about Black folks, but “it will tell us even more about what America is and what it can become.”

Bunch, who previously served as the associate director for curatorial affairs at the Smithsonian’s National Museum of American History in Washington, D.C. and as a curator of history for the California African American Museum in Los Angeles, Calif., said that, in some ways, the African American community has led the charge in forcing America to be America and broadening discussions around freedom and citizenship.

“When you look at any president, from George Washington on, the number one issue they had to deal with at some point was African Americans,” said Bunch. “I really wanted people to recognize that this is all of our stories not just one community’s story.”

The decade-long search for artifacts that will live in the museum has been arduous, joyfully surprising and completely necessary for Bunch and his team of curators.

“Even if we took everything from the Smithsonian, it would only give us 20 percent of what we needed anyway,” said Bunch. “The Smithsonian is a place where so much of your credibility is based on the material that you have.”

Although Bunch and his team were dedicated to the search, he confessed that he wasn’t sure what he’d find.

“I was always struck by my own work early in my career and how I would go into a home and I would talk to an elderly woman or a young man and they would open a door and suddenly there would be wonders in front of me,” said Bunch. “So, I had to believe that there were wonders out there that I couldn’t even imagine that were sitting in people’s homes.”

Still, Bunch was doubtful when Charles Blockson, a famous collector and African American historian, reached out to him concerning personal items that had once belonged to Harriet Tubman.

“I just knew that he didn’t have anything,” said Bunch. Still curious, he travelled to Philadelphia, Pa., to meet with Blockson.

When he got there, Bunch said that Blockson opened a box and pulled out rare photographs from Tubman’s funeral, her personal hymnal and an amazing shawl that the civil rights heroine had worn before she died.

“While I was blown away by seeing this Harriet Tubman material, I was more humbled by the fact that he said, ‘And this needs to come to the Smithsonian for free’,” said Bunch. “He said, ‘I don’t want to sell it. I want people to engage with this material.’ And that kind of generosity makes all of this worthwhile. The realization that even if people don’t know it, they’ve been waiting for this moment, to be able to share that story.”

Bunch realized that every artifact couldn’t be the size of a hymnal.

After talking to a few “train people,” Bunch traveled to Chattanooga, Tenn., to meet with a collector who had a Southern Railways segregated railroad car from the 1920s. When it was running, three-fourths of the car was reserved for whites. Black passengers walked through a swinging door that said “Colored” to get to their section. The railroad car was restored and lowered into the museum before exterior construction was completed.

“This is the kind of thing that will help people under-stand segregation in ways I don’t have to explain,” said Bunch.

The collection also includes a guard tower from the notorious Angola Prison, a pinewood slave cabin from South Carolina, George Clinton’s Mothership, a pair of Michael Jordan’s iconic Air Jordan basketball sneakers, a jumpsuit worn by the late Godfather of Soul James Brown, a letter signed by the revolutionary Toussaint L’Ouverture, and a training plane used by the Tuskegee Airmen.

The museum officials also wanted to spark conversations about the present-day challenges facing the Black community.

“A Justice 4 Trayvon placard and a Black Lives Matter T-shirt underscore the issues of persistent inequality and police brutality,” according to the New York Times.

Bunch said that he wanted visitors to the museum to realize that the waters of history have touched all of us and that even though you’re not famous; your family’s story is just as relevant.

“Often we think, ‘well, I’m not related to Frederick Douglas,’ or ‘I’m not Sojourner Truth,’ or ‘I didn’t break down this door in 1968’,” said Bunch. “So much of history is about the family that left the south for the north or the father who joined the union for the first time to get a job in Detroit.”

Bunch continued: “We’re not all Martin Luther King Jr., but we’ve all profoundly shaped what this country can become.”

When it comes to helping people to understand the historical and personal value of their family heirlooms, it’s less about what the museum collects, said Bunch, and more about what they’re able to preserve.

And the Black Press, unlike any other institution, has helped to preserve those stories and the lived experiences of the Black community.

Bunch also noted that it was JET magazine that showed the picture of Emmitt Till when nobody else would.

The Black Press led so many of the fights against injustice and racial discrimination.

Bunch said that it was the Black Press that protested President Theodore Roosevelt’s move to expel the 25th United States Infantry Regiment, a unit of the Buffalo Soldiers, in the “Brownsville Affair” in the early 1900s. The Black Press also championed the integration of baseball in the 1940s.

According to Bunch, early copies of Black newspapers including the Chicago Defender, an iconic African American weekly newspaper, and linotype machines used to print newspapers dating back to the early 1900s will also be displayed. Visitors will learn how the Black Press covered a variety issues throughout American history.

Bunch continued: “From my vantage point, what I want people to realize is that there has been and there will always be a need for alternative visions and alternative voices and the Black Press has always done that and will continue to do that as we move into the future.

The National Museum of African American History and Culture is scheduled to open Sept. 24, 2016. For more information about the museum, visit http://nmaahc.si.edu.