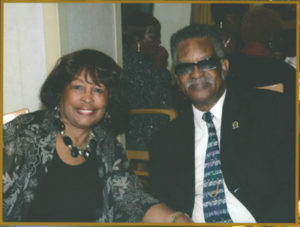 You may remember R & B singer Joe Simon’s hit “Power of Love” in 1973.   The title of that song has true meaning to Dr. Malcolm and Mrs. Emma Black. The power of love was there from the very beginning for the long-time Broward County couple and has kept them together for more than six decades. The Blacks will celebrate  their 60th wedding anniversary on February 21, 2019.

The ceremony began late Saturday afternoon February 21, 1959 in Jackson, Mississippi. Seven people witnessed the college sweethearts pledge their love to one another in Malcolm’s parents’ living room.  There are no pictures to remember that special day.

“We didn’t think about pictures then.  We didn’t put emphasis on cameras.  You had to buy a camera, flashbulb, and film.  Then you had to have the film developed.  Cameras were not as accessible.  To take a picture then was a challenge,” says Malcolm.

There also wasn’t a wedding cake to share with guests. 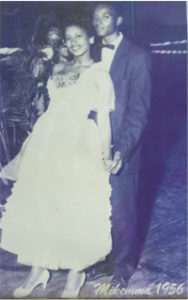 Malcolm adds with a laugh, “We served a bag of vanilla wafers and a half gallon of ice cream.  That was our reception.”

Malcolm and Emma met the first night of college at a freshmen dance in 1955 on the campus of Jackson State University. They dated while in school and married four years later. Together, they’ve reached a milestone many couples today will never see.

What’s the secret to their epic love story?

“The Lord put us together.  When I looked up, it was 60 years.  It doesn’t seem like it.  We hit it off the first night and became friends, going to class together. My advice is to love each other, respect each other, and work together.  You love everything that goes along with the person,” says Emma.

Malcolm’s advice? “Get together in the beginning for the right reason. Love people for who they are and it will grow.”