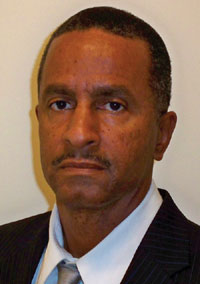 If President Donald Trump is serious about making America great, he should consider Georgia’s experience with undocumented immigrants and the image on Stone Mountain.

A nation seeking greatness should not be home to the world’s largest sculpture with images of a confederate president and two confederate army generals, which represent the institution of slavery and white supremacy. First, Jefferson Davis was a slave owner and president of the treasonous Confederate States of America. Davis once said, “African slavery, as it existed in the United States is a moral, a social, and a political blessing.” Next, Robert E. Lee was a slave owner and confederate army general officer. In commenting on African slaves, Lee said, “The painful discipline they are undergoing is necessary for their instruction and race…

Their subjugation may be necessary and it is known and ordered by a wise merciful providence.” Similarly, Thomas “Stonewall” Jackson was a slave owner and confederate army general officer.

Therefore, President Trump should grant an amnesty to undocumented immigrants and call for the state of Georgia to obliterate the sculpture on Stone Mountain.

Bombs and Bullets in Babylon

Bombs and Bullets in Babylon […]

The weeklong event also celebrated a power shift sweeping the nation: Black women are leading voter drives, running for office and winning. “We know that Black women have changed the world and continue to do that through our activism,” said Dr. Avis Jones-Deweever. […]