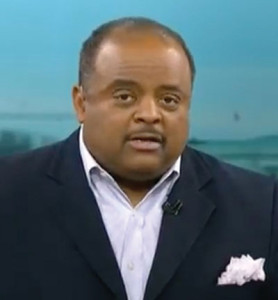 Urban One plans to bring back NewsOne Now under a different format. (Screenshot/YouTube.com)

The only Black daily newscast on television is no more.

“They called a meeting on Wednesday and told the staff they were canceling the show. They’re having significant financial problems and they have to scale back,” a source told The New York Post.

“After four years of award-winning programming and distinguished service to our viewers as the only Black daily newscast on television, the network has made the difficult decision to suspend the production of NewsOne Now as a daily morning news show. The last live show is scheduled Thursday, December 21, 2017,” TV One’s Interim General Manager Michelle Rice wrote in a memo.

The news shocked staffers—including Martin—as the network had just expanded the morning show to two hours in September, according to Page Six.

“There were lots of tears…The staff was completely caught off guard,” Page Six reported a source as saying.

Neither Martin nor his producers returned calls on Wednesday seeking comment.

TV One management did not return messages on Wednesday.

According to Page Six, the memo added: “While we will continue our long-standing partnership with Roland Martin to ensure his important voice can be heard across all Urban One platforms examining issues of importance to the Black community, we regret this decision adversely affects several of our valued colleagues whose positions will be eliminated with the suspension of the show.”

The news caught viewers off guard and many, including high-profile journalists, took to social media.

Gregory H. Lee, Jr., the editorial director at NBA.com and the past president of the National Association of Black Journalists called the cancelation of NewsOne Now “crazy.”

Lee wrote: “Roland Martin’s morning show had real substance and covered the issues of our community.

On Thursday morning, Martin read more from the memo that was sent out to employees of the Urban One company.

“We are committed to providing quality news content to our viewers, but now realize a daily news program is not sustainable in this current financial climate,” Martin read from the memo. “Our plan is to take a moment to regroup and restructure NewsOne Now in 2018 under a new format that will serve the needs of our diverse audience and the business.”

Martin noted that, during the show’s run, there were a number of stories that were covered on NewsOne Now that weren’t covered anywhere else.

“For me, my voice will not be silenced,” said Martin. “You have numerous platforms, numerous opportunities the ability to be able to communicate with folks through social media as well, that voice will always be there, speaking to our issues.”

Martin continued: “The most important thing for us to understand is that we move forward…speaking to our issues and our concerns. I understand that a lot of people are hurt and disappointed by this…between now and December 21 we’re going to keep doing our jobs, keep giving folks hell, keep holding folks accountable and doing and saying what is required.”

This season, however, I took a complete break from watching the NFL and, as a result, missed the game entirely.

Dr. Tiffany G. Tyler is the president and CEO of Communities in Schools (CIS) Nevada. CIS creates school-based strategies for improving the academic outcomes of students by addressing their basic needs […]

NNPA MEETING WITH BAHAMAS AMBASSADOR TO THE US

NNPA MEETING WITH BAHAMAS AMBASSADOR TO THE US […]