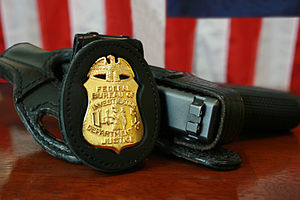 Federal authorities Wednesday stepped up their assault on the viral-like crime of identity theft and tax fraud, arresting dozens of South Florida suspects on charges of filing fake returns totaling millions of dollars.
Federal prosecutors in Miami plan to unveil charges against more than 40 defendants accused of stealing the personal information of other people and using it to file fraudulent tax-refund claims with the Internal Revenue Service. U.S. Attorney Wifredo Ferrer plans to hold a news conference at 3 p.m. Wednesday to address the new charges.
The takedown by a new FBI-led strike force in South Florida follows a Justice Department’s Oct. 1 edict that gave authorities greater leeway to pursue tax-fraud offenders who swipe other people’s identities to fleece the federal government.
The problem is so pervasive that an inspector general for the Treasury Department recently issued a report that found the IRS paid out more than $5.2 billion in tax refunds to fraudsters who filed about 1.5 million fake returns using the stolen identities of other people.
Among major U.S. cities with the most fraud-related tax filings: Tampa (88,724 returns, with refunds of $468,382,079); Miami (74,496 returns, with refunds of $280,509,449) and Atlanta (29,787 returns, with refunds of $77,113,392).
Over the past year, dozens of suspects charged with theft of IDs and government funds have been convicted in Miami.
The most high-profile case: In late August, William Joseph, a former University of Miami defensive tackle who played in the NFL for much of the past decade, pleaded guilty to tax-related fraud charges in federal court.
Joseph and other defendants — including a former Oakland Raider teammate, running back Michael Bennett — were convicted of either cashing dozens of fraudulently obtained tax-refund checks in other peoples’ names or seeking a loan with fake collateral. Their take totaled hundreds of thousands of dollars, according to court records.
Joseph, 32, of Miramar, cut a plea deal in hopes of reducing his potential sentence. He pleaded guilty to theft of government money and aggravated identity theft, the latter of which carries a mandatory two-year prison sentence. He admitted cashing a $10,088.27 Treasury Department refund check in the name of a person with the initials “I.P.” at a check-cashing store in North Miami in April, according to his plea agreement.
Unbeknownst to him, the store was a front for an FBI undercover operation.
Joseph agreed to cooperate in the ongoing investigation into tax-related fraud, according to the plea deal signed by him, his lawyer and prosecutor Michael Berger. That assistance could be a factor at his sentencing Nov. 9 before U.S. District Judge Kathleen Williams.
Earlier this year, FBI agents faked out the two ex-NFL football players and a former local high school star by setting up the check-cashing “front” in North Miami. The undercover operation, using audio and video recordings, sacked:
•  Joseph, who was drafted in the first round by the New York Giants in 2003 and last played with the Oakland Raiders in 2010.
Bennett, a University of Wisconsin halfback who was drafted in the first round by the Minnesota Vikings in 2001 and concluded his career with the Raiders in 2011. Bennett, 33, of Tampa, pleaded guilty to a wire fraud charge in August.
•  Louis Gachelin, a Miami Jackson High and Syracuse University defensive lineman who signed as a free agent with the New England Patriots in 2004. Gachelin never made the final roster. In July, Gachelin, 31, of Miramar, pleaded guilty to theft of government money and aggravated ID theft.
Here’s the root of the problem: Scammers filing fabricated tax returns have exploited a hole in the IRS electronic filing system, according to the U.S. Government Accountability Office.
The federal watchdog agency found that the Internal Revenue Service does not match tax returns to the W-2 income forms that employers file until months after the filing season ends on April 15. Employers file them in late February or early March; the IRS does not match them up with employees’ incomes reported on 1040 forms until June.
That’s way too late to catch identity thieves who file false returns in other people’s names early in the year and have already received and cashed the refund check

South Florida is among the top travel destinations among Black travelers

South Florida is among the top travel destinations among Black travelers
[…]

Stay-cation, a review of things to do in South Florida

Stay-cation, a review of things to do in South Florida
[…]