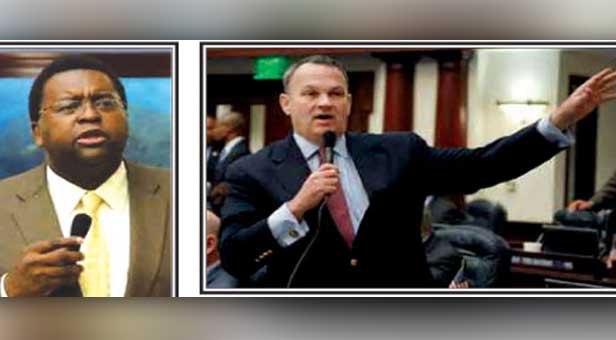 In a searing rebuff to Governor Rick Scott, a Florida House Committee shot down the Medicaid expansion plan that he only recently decided to go along with just as the 2013 legislative session was set to convene.

By a 10-5 straight line party vote, the House Select Committee on Patient Protection and Affordable Care Act (PPACA), opted to support a motion by State Rep. Matt Hudson (R-Naples) to forgo any future legislation that would put into effect the Obamacare Medicaid expansion plan, thereby casting millions of uninsured Floridians into a state of limbo regarding healthcare coverage.

Earlier, the same House PPACA unanimously declined to go forward with the Obama administration’s health exchange program which would have enabled low-income Florida residents to select their own private insurance through a health insurance clearing-house.

Currently, Medicaid covers some 3.2 million impoverished Floridians. Had the Medicaid expansion plan gone into effect, it would have been capped at 138 percent of the national poverty level, thereby enabling upwards of one million more Floridians – many with potentially life-threatening conditions — to receive much-needed healthcare coverage.

By rejecting the Obama administration’s Medicaid expansion plan, the state of Florida is estimated to be turning down more than $25 billion in federal assistance over the next 10 years with Florida taxpayers picking up the tab for approximately $3 billion. Now this lost revenue will benefit other states working in cooperation with the federal government.

For their part, Republicans assert that the Obamacare Medicaid expansion plan is not productive to the state; would exacerbate the federal deficit and impede healthcare services for the elderly as well as other Florida residents.

According to the Florida House Speaker, Will Weatherford (R-Wesley Chapel), “The ‘all or nothing’ approach that the Obama administration is offering will not work for our state. We simply cannot count on the federal government to pay 100 percent of the cost for expansion. The facts show that healthcare costs will go up for many Floridians, while access to and quality of healthcare will go down.”

Lamenting the sheer numbers of Floridians who were ineligible for Medicaid despite being poor, Rep. Corcoran acknowledged the dire need to somehow, someway devise a workable solution, albeit noting that there was nothing on the horizon at this time.

“We have to have a vision,” he said, “on how we get those people to care,” causing many to shake their heads in disbelief at the sheer lack of vision, commitment and action on the part of the state’s dominant Republican Party.

Many believe that the Republican’s recalcitrance to cooperate with the Medicaid expansion plan is reminiscent of their on-going conflict with this particular administration in general, drawing a sharp rebuke from Democrats in the Florida Legislature.

Minority Leader Perry E. Thurston Jr. (D-Ft. Lauderdale) described the Republican’s position as “morally reprehensible,” adding that “we’re talking about peoples’ lives here. We’re at the bottom of the barrel for people who need these services.”

Similarly, Rep. Dwight Dudley (D-St. Petersburg) decried the Republican Party’s utter lack of vision, stating, “You didn’t hear any solutions, you didn’t hear any alternative ideas or plans. That’s pretty appalling considering they’re willing to kill this, something that is a plan, something real that people can access and have.”