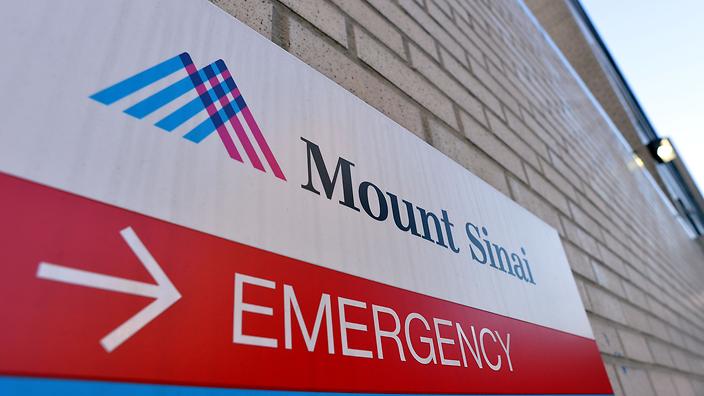 “It was about 7 minutes from the time [he] walked in the door to the time [he was] in the isolation room,” said Jeremy Boal, MD, the hospital’s chief medical officer.

The man — whose name and occupation have not been given — came to the ED in the early hours of Aug. 4 with a fever and gastrointestinal symptoms, the hospital said.

He also reported having travelled to one of the West African countries currently battling an Ebola outbreak that has claimed more than 800 lives.

Staff members were on the alert for just such a combination of risk factors, Boal told reporters, and were prepared to transfer a patient to isolation “before we had any other information” besides concerning symptoms and travel history.

The hospital is testing for Ebola, as well as for other possible causes of the man’s symptoms, Boal said, adding “the odds are this is not Ebola.”

Late Tuesday, the hospital said the patient remained in isolation, but was stable and in good spirits. Specimens have been sent to the CDC in Atlanta and testing is expected to take between 24 and 48 hours.

Meanwhile, the World Health Organization is convening an expert panel to determine if the outbreak — affecting mainly Guinea, Liberia, and Sierra Leone — is a public health emergency of international concern.

A key element in the decision will be the risk of international spread.

In several similar meetings earlier this year, the agency decided that the outbreak of Middle East coronavirus (MERS) did not represent such a public health emergency, because there was little evidence of it spreading internationally.

The Ebola outbreak has been mainly confined to the three West African nations, although an American who flew from Liberia to Nigeria and then died of the disease might have sparked several other cases in Lagos.

New reports quote Nigerian officials as saying a doctor who treated Patrick Sawyer, a Liberian government official who died July 25 of the virus at a Lagos hospital, now has the disease and seven others are being tested.

And Moroccan officials are being quoted as saying that a Liberian citizen has died of Ebola 2 days after arriving in the North African country.

CDC figures put the toll of the outbreak so far at 1,603 confirmed or suspected cases, including 485 in Guinea, 468 in Liberia, 646 in Sierra Leone, and four in Nigeria.

Two Americans who came down with the virus in Liberia are now being treated at Emory University Hospital in Atlanta.

Kent Brantly, MD, who was in Liberia working for the aid organization Samaritan’s Purse, was airlifted to Atlanta and arrived Aug. 2. Nancy Writebol, who worked at the same facility as Brantly on behalf of the faith group Service in Mission, arrived Tuesday.

Brantly is reported to be improving, while Writebol is said to be in more serious condition.

Both were given an experimental antibody cocktail, dubbed ZMAPP, before they left Liberia, according to reports, but it is not known what effect the investigational product had.

A scandal has unfolded in New York involving a Democratic State Senator and other elected officials, including GOP members who hold office. Sen. Malcolm Smith (pictured) and City Councilman Jay Halloran, both of Queens, were arrested by FBI […]