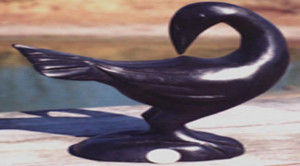 The Trailblazers of Broward County, Inc. will celebrate its “Gateway to the Northwest” Project during Black History Month. A community unveiling will be held on Feb. 20, 2016. This project, considered a signature undertaking for the Trailblazers, has been on their radar since the centennial (2011) of the City of Fort Lauderdale. Final approval with financial backing was granted by the City Commissioners in October 2014.

The northwestern gateway to the African American community of Fort Lauderdale may be considered right at the east coast railroad tracks on Sistrunk Boulevard.

Because the boulevard is our most recognized thorough-fare relating to its past vibrancy and its greater distance east and west, and because it is still well-traveled by residents and visitors alike, the monument will be conspicuously erected in the Sistrunk Park near the railroad tracks. It will share important past and present accomplishments of those individuals who were the builders of this community. It will beckon the visitor to consider our community as a destination and not simply a passageway to somewhere else.

In the early years, this area was well-known to railroad workers who were part of the Flagler railroad expansion into South Florida. Migrants from many parts of central and north Florida, Georgia, South Carolina, and the Bahamas, found this area a safe haven and helped to build a settlement as early entrepreneurs.

As the westward expansion of the northwest continued to grow, the early residents delighted in the establishment of a school, churches, social venues, and an increased number of entrepreneurial ventures that sprouted throughout the area; mom and pop stores, barber shops, beauty shops, shoe and cobbler shops and the like. Educators, ministers, medical professionals also found they could carve out their niches in a developing little town. The people who came here brought their own special brands of expertise and creativity to make a better life for themselves.

The Trailblazers secured the services of George Gadson, a noted African American sculptor, to design and provide his expertise in the fulfillment of this project mission. Gadson’s past works may be seen in various places throughout the tri-county area including the African American Research Library and Cultural Center (AARLCC).

The approval process and decision on who would become residents of Dixie Court was made by the City Commissioners who themselves was the Housing Authority. […]