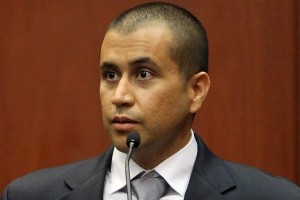 George Zimmerman’s attorneys said in a press conference this afternoon that they will no longer be representing him. The attorneys claim that Zimmerman repeatedly snubbed their legal guidance, and that he has gone astray of them.

Sonner said that Zimmerman had stopped answering their phone calls and other methods to contact him, and that they did not know exactly where he was, although they thought that he was no longer in Florida.

The lawyers said they had not spoken to Zimmerman since Sunday, after they set up a website for his legal defense. The next day, Zimmerman broadcasted a detached website which bombshelled his attorneys.

Sonner said what’s more that Zimmerman tried to get in touch with the special prosecutor in the case, in opposition to their wishes. “We were a bit astonished and had some conversation back and forth with the prosecutor’s office,” Uhrig said.”They told us what we expected, ‘[that] we’re not going to talk to a criminal or [defendant] without counsel.’”

The lawyers said they were worried about Zimmerman, who they explained as detached.

One of his lawyers said and suggested Zimmerman was probably experiencing post-traumatic stress disorder.

“Perhaps the pressure has pushed him over the edge,” his attorney said.

Zimmerman’s lawyers believe that he has left the state of Florida, saying, “You can stop looking for him in Florida. Look much further than that.”  Both lawyers said they still stood by their belief that Zimmerman had shot Martin in self-defense.

Zimmerman acknowledged to shooting Trayvon Martin, an unarmed 17-year-old, on February 26 in the gated community where the teenager’s father lived in Sanford, Fla. Zimmerman, a neighborhood watch associate, called 911 and told a police dispatcher that Martin, who was walking back to his father’s home from a convenience store, “looked suspicious.” After an altercation, Zimmerman said he shot Martin in self defense; he was not charged or arrested. Protestors around the world have rallied calling for Zimmerman’s arrest, while the Sanford police department has been slammed for its treatment of the preliminary investigation.

Trayvon Martin …. Death by a guu

Death seems such a steep price to pay for going to the corner store. […]

To all of my faithful readers out there, I would first like to say that I have certainly missed all of you. Due to an unforeseen and untimely illness I was forced to take a rather unpleasant hiatus from writing, but thanks to the marvels of modern medicine, I am back, and back with a vengeance. […]

It seems like everyday when you think that man/woman can’t grovel any lower, all of a sudden you’re hit smack dead in the middle of your face with something new. […]