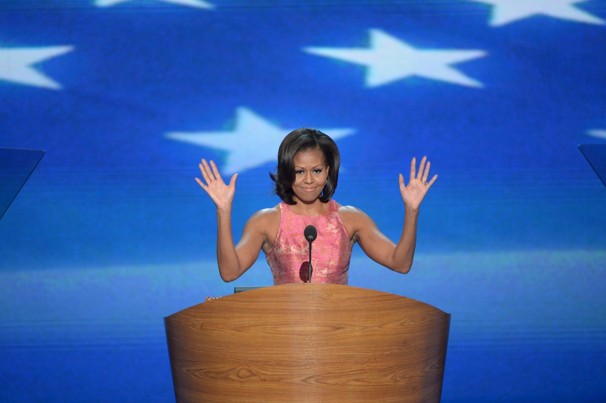 CHARLOTTE — President Obama traveled here to this convention city on Wednesday as his Democratic predecessor, former President Bill Clinton, was set to officially nominate him for a second term with a primetime address that will offer a spirited defense of Obama’s record.

As the Democratic National Convention’s second day was gaveled into order at 5 p.m., party delegates voted to change their party platform to declare that Jerusalem is the capital of Israel, as well as add language referencing God.

With the change on Israel policy, Democrats reversed an omission that drew sharp criticism from some Jewish organizations and Republicans who saw it as Obama distancing the United States from a critical ally. Convention chairman, Los Angeles Mayor Antonio Villaraigosa, called for a vote three times before ruling that the measure to add Jerusalem had passed, although some delegates booed from the convention floor.

All day Wednesday, Democrats basked in the glow of a powerful opening night of political speeches by first lady Michelle Obama and a diverse assembly of rising stars and said they hoped to build on their momentum on Wednesday night. 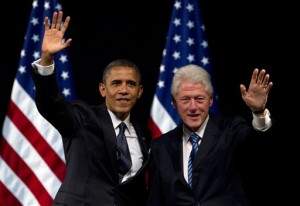 But the spotlight will be Clinton’s, and the former president plans to deliver a forceful defense of Obama’s first term and define what Democrats call a clear choice in November’s election.

“In Tampa, the Republican argument against the president’s re-election was pretty simple: We left him a total mess, he hasn’t finished cleaning it up yet, so fire him and put us back in,” Clinton will say, according to excerpts of his prepared remarks released by the Obama campaign.

Clinton plans to argue that many of the economic problems facing the country were “inherited” from the Republican administration of former President George W. Bush and that, despite the slow recovery, Obama has spent the last four years laying the foundation for a more vibrant and balanced economy.

“The most important question is, what kind of country do you want to live in?” Clinton plans to say. “If you want a you’re-on-your-own, winner-take-all society, you should support the Republican ticket. If you want a country of shared prosperity and shared responsibility — a we’re-all-in-this-together society — you should vote for Barack Obama and Joe Biden.”

With Obama arriving in Charlotte aboard Air Force One, convention organizers announced he would give his acceptance speech Thursday night indoors at the Time Warner Cable Arena, ditching plans to stage the evening before some 74,000 people at the open-air Bank of America stadium. Officials cited severe weather in announcing the last-minute shift.

Republicans charged that Democrats moved the event to a smaller venue because there was not enough enthusiasm about the president to fill the football stadium.

But Obama campaign officials rejected that characterization, adding that the president was disappointed he would not be able to replicate the image of his acceptance speech at the 2008 Democratic National Convention, where he addressed some 84,000 supporters fromthe 50-yard line at Denver’s Invesco Field     By Philip Rucker